Non-Fungible Tokens: Are they legal? 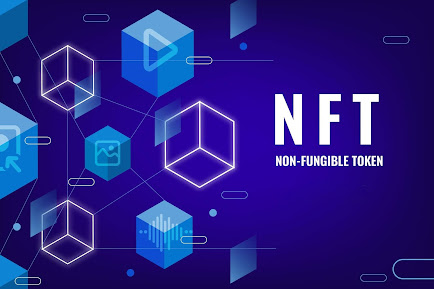 Non–Fungible Tokens have grabbed a lot of attention of people in the year 2021 as in March of this year the most expensive NFT was sold at a whopping price of $69.3 million (approx. 512 Crore INR) in an auction, this artwork was created by an artist known as Beeple. The amazing thing here is that any person can see this image over the internet for free, and at such a high price the owner only gets a digital image in the form of NFT and some rights with it and nothing else.

A NFT is a token created digitally for an artistic work, song or an image in order to sell the work and provide certain rights related to it to another person, it is based on the Blockchain technology, which is basically a chain of blocks that are linked together using cryptography, these blocks contain information similar to a ledger which is distributed across all the computers having that particular blockchain. It has the property that if one value of a block is altered then the value of all the blocks preceding it changes. Transactions over it are very secure as it is encrypted and it can only be changed if all the nodes of the chain allows it to.

These are non fungible in nature which means it cannot be exchanged with another NFT as every one of them is different as they have different values but it can be resold. Buying a NFT can be considered similar to buying an antique product which is unique but this token is only transferred digitally where the original piece of work remains with the owners itself but there are generally no copyrights attached to it. It has and can have various applications in future such as Digital Rights Management, distributed ownership of a work, games, using them to tokenize physical assets etc.

In the USA, the legal nature of NFTs are that of cryptocurrencies which are fungible tokens,  categorized as utility tokens and most of them can be exchanged with one another, but in the case of NFTs, they are not an instrument used for buying something in exchange. So, it depends on the rights which are shared between the owner and the buyer that if there is a right given to the buyer related to profit sharing then that token would be considered as Security token and it will be deemed to be as an investment contract. For example: If a NFT is created for the sole purpose to sell it to the public for earning investment profits then that type of NFT will be considered as a security.

In the UK, the legal status of NFTs is not clear enough as according to their perspective a distributed ledger itself is not a trusted record as private keys can be transferred off-chain and it cannot be relied upon. As per the HMRC guidelines only addresses and applies to the exchange tokens that are the cryptocurrencies such as Bitcoin, ethereum etc. and does not talk about tax implications of an asset which is tokenized.

In India, there is no legal framework related to NFTs, but it can be interpreted as a cross border transaction as mostly the tokenized assets are created in foreign countries as of now, So, there might arise certain questions such as whether it can be called an export or import of an asset, or whether the NFTs are similar to securities.

Hence, this NFT is a completely new and evolving technology similar to the Cryptocurrencies and which needs to be recognized by the countries over the world, So, the legal aspects of it can be addressed and it can also be regulated because who knows in future this technology can even extend to Physical assets.

To stay connected with regular updates on cyberspace, don’t forget to click on the “SUBSCRIBE” button. (mentioned above)

Popular posts from this blog

May 08, 2022
In the year 2022, modern-day media and awareness programs have been working tirelessly to educate people and raise awareness about cyber bullying and related online cyber crimes. Even though the internet and online communities in the world have been around since the turn of the century, still the awareness about these issues is not as widespread as it should be. A major incident which prompted extensive campaigns about cyber crime awareness and cyber bullying education was the suicide of Canadian teenage girl Amanda Todd in the year 2012. Today, as we are about to complete a decade after her death, we again try to understand what drove her to take that decision. The Incident  Amanda Todd was a Canadian national living with her parents in Port Coquitlam, British Columbia, Canada. When she was 12 years of age, she was lured into an online conversation by a man and was flattered into flashing her breasts to him on her webcam. The man took a picture of her breasts and followed her around o
1 comment
Read more

February 01, 2022
Introduction The metaverse is a three-dimensional virtual realm in which users can partake in social connections as well as engage with their virtual surroundings through the use of superior human-computer interface (HCI) technology. If data privacy is a concern in today’s 2D, Web 2.0 environment, the embodied internet of the metaverse adds a new layer of complexity to the equation. Users will engage with the metaverse via completely new technologies.The mechanisms for collecting, storing, and utilizing data via these systems have yet to be completely described. Furthermore, user privacy may become a greater challenge in the metaverse. Hyper-realistic avatars, such as the Codex avatars being created by Facebook, could let users   to   conceal their identities or even allow youngsters to pose as adults. Despite the fact that the term “metaverse” is not new, most people are apprehensive about the consequences of this paradigm shift. Broadly, the metaverse blurs the distinction be
Post a Comment
Read more

June 24, 2021
The dark web is the part of the internet that is not visible to search engines. With the advancement in technology, digitization has resulted in different types of attacks. We can talk to anyone as long as we have an internet connection. The main concern is with privacy and anonymity in mind.  A team of computer scientists and mathematicians working for one branch of the US navy which is known as the Naval Research laboratory (NRL), developed a new technology known as Onion Routing. It allows anonymous communication where the source and destination cannot be determined by the third party. A network using the Onion Routing technique is classified as Darknet. The NRL released the Onion Routing Technique and it became The Onion Router, also known as TOR. Advantages of Dark Web  Humans are allowed to hold privacy and express their views freely. Privacy is considered to be critical for honest persons through the different criminals and stalkers.  The growing tendency of employers to track
3 comments
Read more

World Cyber Security Forum
World Cyber Security Forum (WCSF) is a globally prestigious cyber consultancy and web community that tends to create awareness in regard to various internet issues and goes as a wellspring of techno-legal information for professionals, students, teenagers & middle aged civilians around the globe. We are sharing cybersecurity expert guidance and insight, in-depth analysis along with the top to bottom investigation in the cases of cyber. We likewise instruct individuals with the most recent moving cyber news & surveys. As a dedicated cybersecurity platform, WCSF has been catering unbiased information to professionals, on the countless security challenges that they come across every day.